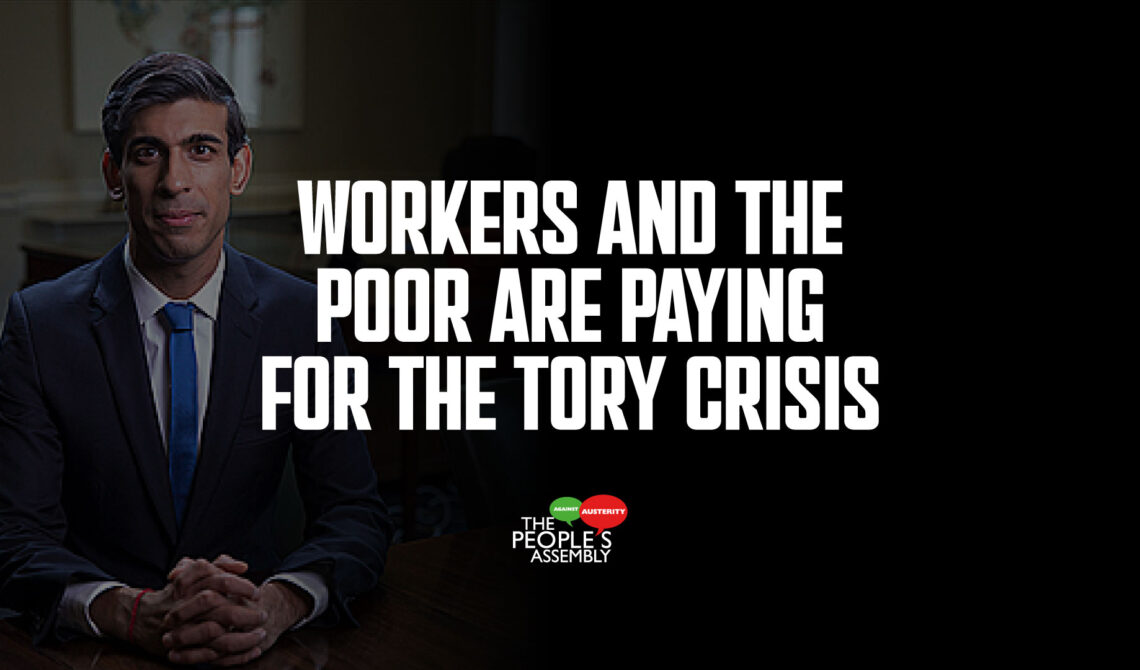 Workers and the poor are paying for the Tory crisis

There are two incredibly stark facts from today’s Spring Statement.

The first is that living standards will fall by the largest amount on record over the next 12 months, going back 80 years. The fall in real wages, after inflation, will also be the worst since the Napoleonic era.

Instead of addressing this crisis Sunak simply set out an agenda for tax cuts directed at big business and the rich. This is about his own job prospects, not restoring the 600,000 jobs that have been lost since the pandemic began.

So, cutting fuel duty will mainly benefit the business car fleet owners in this country. The changes to National Insurance mainly benefit higher earners, and so on.

Sunak claims these tax cuts were affordable. Inflation, he said, raised government revenues.  True, but this is mainly coming out of the pockets of ordinary people in VAT and Stamp Duty.

Inflation affects everyone’s income, not just governments. Workers and the poor will take an enormous battering from higher prices, in addition to the government’s own austerity measures over the last 12 years.

Workers will have lower real wages, including public sector wages the government directly controls. So will anyone on a state pension, or all those struggling on benefits. These are set to rise by 3.1% in April. That is literally half the current rare of inflation and about a third of the official forecast for later this year. The Chancellor is also clobbering anyone with a student loan, at least the middle and bottom 70% of earners. The top 30% will be better off, because of the overall policies of the government.

The Tory aim is to make workers and the poor pay for a crisis they did not cause – just as it has been ever since 2010.