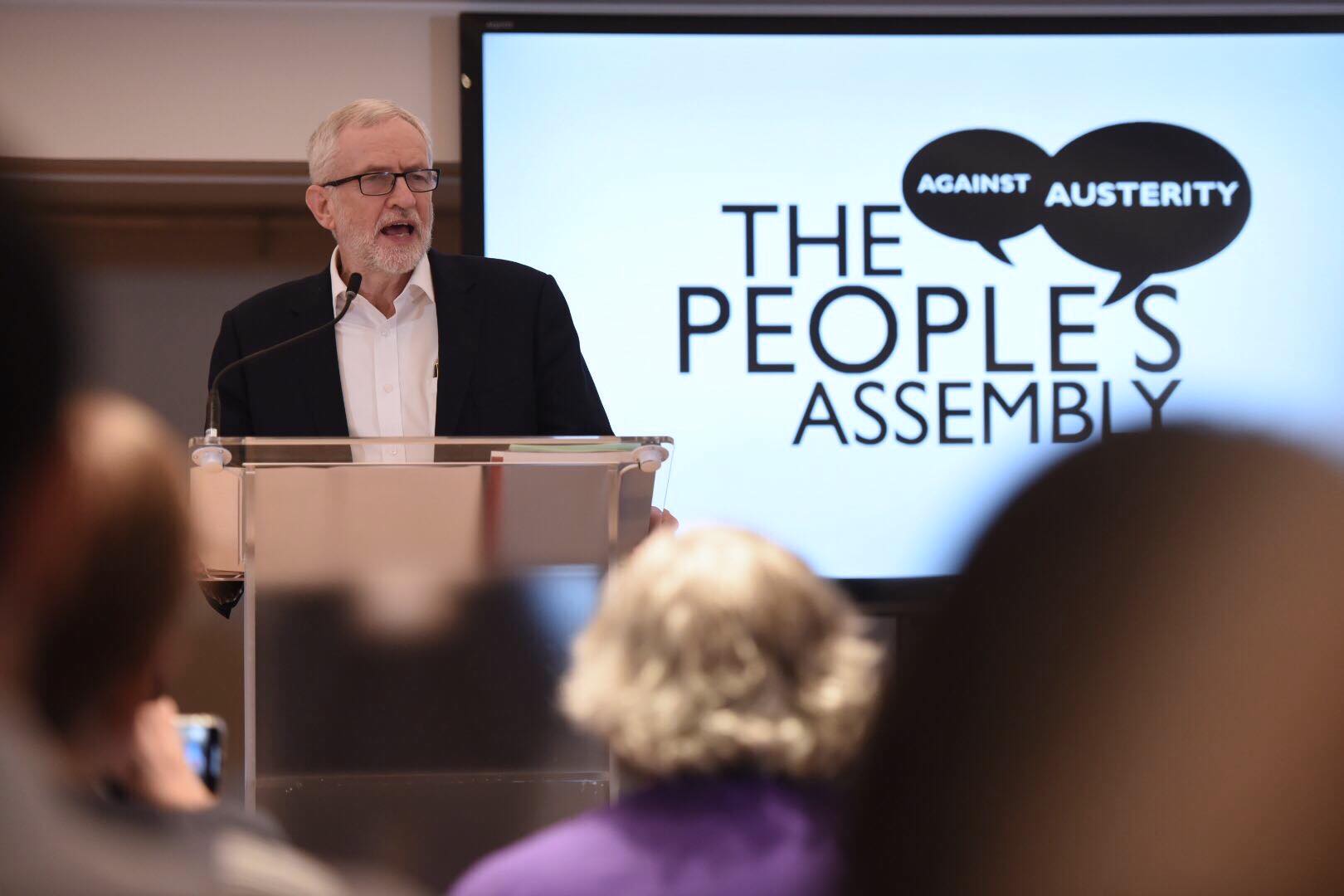 WE STAND IN SOLIDARITY WITH JEREMY CORBYN – People’s Assembly Statement

We wish to express our full support and solidarity with Jeremy Corbyn, who we believe to be a compassionate and principled politician who has tirelessly sought to advance the interests of working people for decades.

Jeremy has spent his life campaigning against racism and he has been at the forefront of defending the rights of the oppressed. We in the Peoples Assembly fully accept that Jeremy opposes anti-Semitism, recognising it as a form of racism which should be abhorrent to all on the left.

We note that throughout Jeremy’s tenure as leader of the Labour Party he actively sought to ensure that the party developed and advanced internal processes in order to stamp out anti-semitism within the party.

We in the People’s Assembly are closely observing all developments and further comment on this issue because we believe the labour and trade union movement must uphold the key principles of natural justice and democracy.

We believe the decision to suspend Jeremy is not only damaging to the labour party but also damaging in a period where maximum unity is required to defeat the strategy and tactics of this Tory government that are quite literally killing working people.