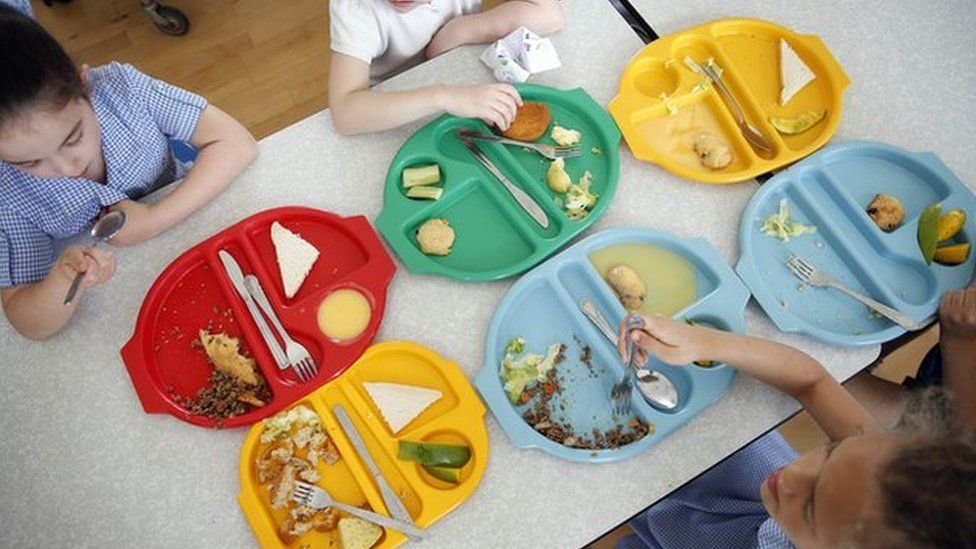 Universal free school meals: An idea whose time has come

In Finland, Sweden, Estonia and American cities such as New York, Chicago and Boston all school students get free school meals. Not just school students from poor families. We want this in Wales.

Finland is the pioneer of ‘Universal Free School Meals’. For over seventy years since 1948, the Finnish welfare state has given all school students up to age 16, a free hot nutritious school lunch. With soaring inequality and growing food poverty in rich countries, this approach is now gaining wider currency on the left.

In the United States, Bernie Sanders and Ilhan Omar are campaigning for a Universal Free School Meals Bill guaranteeing all school students free breakfast, lunch, dinner and a snack. California will soon vote on becoming the first US state to offer free school meals to all school students.

Ian Byrne, the Liverpool Labour MP who helped found Fans Supporting Foodbanks and Right To Food Campaign has come out in favour of universal free school meals, favouring all school students in compulsory education from ages 5-16 being provided with a nutritious, free school breakfast and lunch.

He further argues that universal free school meals could be part of a strategy to support adults too,

‘A great deal of wasted resource and potential stems from the segmented and outsourced nature of so many public services. If school kitchens become an engine of better nutrition for our kids during the day, why should they not be equally well-utilised during evenings, weekends and school holidays? There should be a legal framework of duties, shared by national, and local government as well as state-funded schools themselves, to provide “community kitchens”; providing dining clubs and “meals-on-wheels” for the elderly and vulnerable, school holiday meals for those most in need and cookery clubs and lessons for the wider community. This policy might be as powerful a tool in tackling loneliness and social isolation as in tackling food poverty and obesity in our nations.’

A more universal approach to free school meals has obvious benefits including improved public health and nutrition, reduced childhood obesity rates, better classroom concentration, improved school atmosphere and more social solidarity. There is no longer any stigma for children in poverty and the universal approach where ever it is tried reaches more families in poverty and is overwhelmingly popular with families previously excluded from eligibility. It also saves household budgets hundreds of pounds each year that can then be spent elsewhere.

In Wales we have argued that universal free school meals should become as much part of the Welsh political consensus as universal free prescriptions.

Wales is the poorest country in the UK with the highest rates of poverty, child poverty and low pay out of the four nations. Yet, under Welsh Labour, Wales also has the least generous provision of free school meals. Over half of children in poverty are denied eligibility for free school meals, a higher percentage denied than in England, Scotland or Northern Ireland.

Many are surprised to hear that Wales is the worst provider of free school meals. Didn’t Marcus Rashford praise Wales for leading the way in rolling out free school meals into the holidays?

We launched a petition demanding that Welsh Government

Our campaign for a Welsh Universal Free School Meals Bill was inspired by research by Child Poverty Action Group and The Bevan Foundation. For some time both organisations had produced excellent research including costings arguing not only that all low income families be given eligibility, but that universal free school meals should be the goal.

Despite a decade of Tory austerity these two mainstream organisations argued that universal free school meals was realistic, achievable and affordable goal for Welsh Government, and that the benefits outweighed the costs.

Their research papers and briefings were largely ignored by Welsh politicians, but our campaign has made more grassroots people aware of their arguments and forced politicians to engage.

Contacting every Senedd Member to support our campaign we were delighted when Plaid Cymru supported many of our demands leading to three Senedd debates on extending free school meal provision to all families on universal credit or with no recourse to public funds, each time blocked by Labour.

A slightly surreal moment was when the party of foodbanks, the Tories, started voting for more free school meals for poor children – while Labour Senedd Members unanimously voted against, this led to a backlash on social media. But while Labour Senedd Members keep voting down extending free school meal provision, our movement is gaining ground in Labour too: Labour MP Beth Winter, Ceredigion and Cynon Valley CLP’s, and the ruling Labour group on RCT Council have all supported universal free school meals.

THE SEED BENEATH THE SNOW

Recently I read an interview about four London Labour councils offering universal free school meals to all primary school children. A mother in passing said, ‘the money I used to spend on packed lunches for my daughter I can now spend on giving her dance classes’.

Isn’t this wonderful? Maybe one day we will win universal free dance classes too, so anyone who wants to can learn to dance. Never again forced ‘choices’ between heating or eating and culture or eating. We were born into this world to thrive not just survive, to live not just to exist.

A Welsh Universal Free School Meals Bill guaranteeing every school student at least one daily hot nutritious school meal is about so much more than lunch – it’s about the seed beneath the snow, a new society.