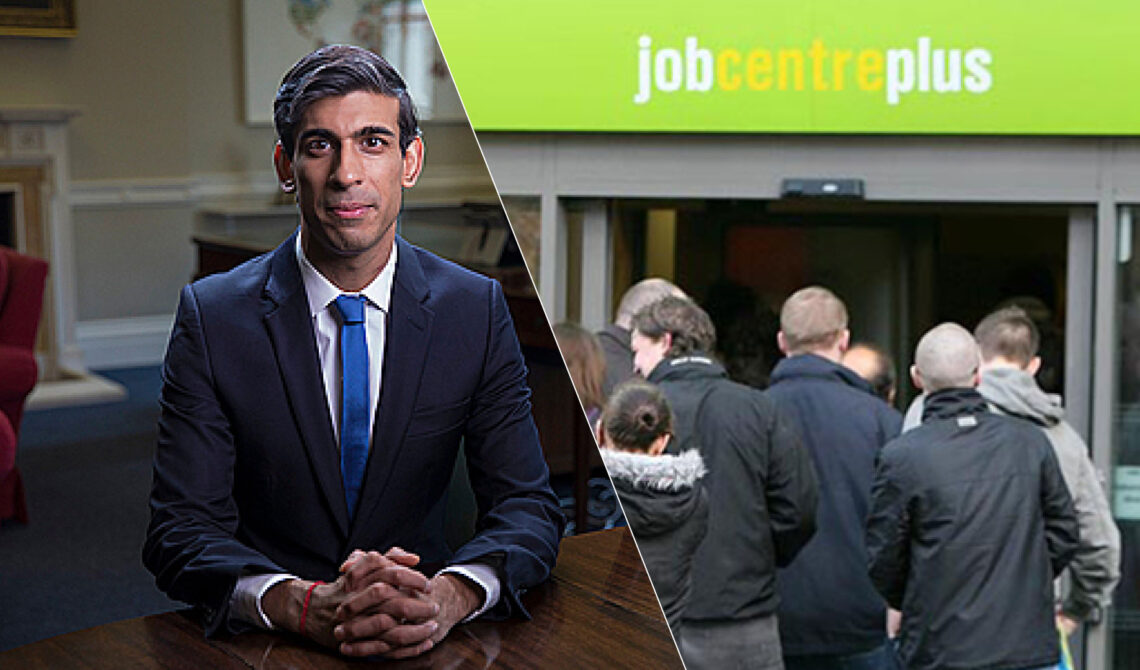 Spending Review 2020: Cutting wages and keeping them down with mass unemployment

The latest Spending Review is a plan to lower wages across the board, in the public and private sectors– in order to boost profits for the companies that survive.

After presiding over the worst public health crisis for 90 years, the Office for Budget Responsibility says Tories have also allowed the worst economic crisis for over 300 years. Their policy of letting people die to protect the economy is not only morally indefensible but turns out to be completely muddleheaded. The depth of the economic slump is because of the failure to contain or suppress the pandemic.

The UK has one of the worst per capita death tolls in the world. With an OBR forecast of a contraction in GDP of 11.3% it also has an economic slump to go with it.

This is a government failure. But they intend to ‘let no good crisis go to waste’. So the BBC’s chief political correspondent Laura Kuenssberg claims “we can’t afford” to support jobs and families during and after the pandemic, that there is “no money left”, that we’ve “maxed out the nation’s credit card”, that we’re “loading debt onto our children” across the bulletins. Even mainstream economists describe this as ‘economically illiterate nonsense’.

Public debt is rising but has often been far higher. Crucially, debt interest is close to its all-time lows because global interest rates remain so low. So, the debt is easily affordable.

We have seen before this scaremongering about the debt and deficit levels serve another purpose. This is the attempt to justify the freeze in public sector wages, which is a cut in real terms (after inflation). This is the one big ‘saving’ announced in the Spending Review, along with further big cuts in spending on public services in later years.

Yet the supposed saving is not big at all. An approximate estimate is an annual saving of £3billion to £4billion.
This is a pitifully small amount compared to the OBR forecast deficit for this year of £394 billion. The Chancellor even boasted that £280 billion had already been spent, largely on supporting businesses. At the same there is also a £26.4 billion increase in military spending.

The purpose of the public sector pay freeze is not to reduce the deficit. It would take over 100 years to eliminate the deficit with this cut. Its real purpose is an attempt to set a ceiling on all pay once the crisis is over, and so lower all wages in real terms across the board.

This was why it was implemented in 2010, and it worked for a while. But very low unemployment meant wages started to crawl higher. The plan is to solve that problem of that upward crawl via the return to mass unemployment.
The OBR’s central forecast is that 2.6 million people will be made unemployed and that the unemployment rate will rise to 7.5%. They don’t rule out a rise to 11%, or almost 4 million people.
The policy is a double-whammy – to combine the Thatcherite effort to lift profits by deindustrialisation with the cuts to real pay under austerity.

Even if their plan does not work in the way that they hope, millions of people will face misery, increased poverty and unemployment if it is put into action. Resistance from the labour movement is vital