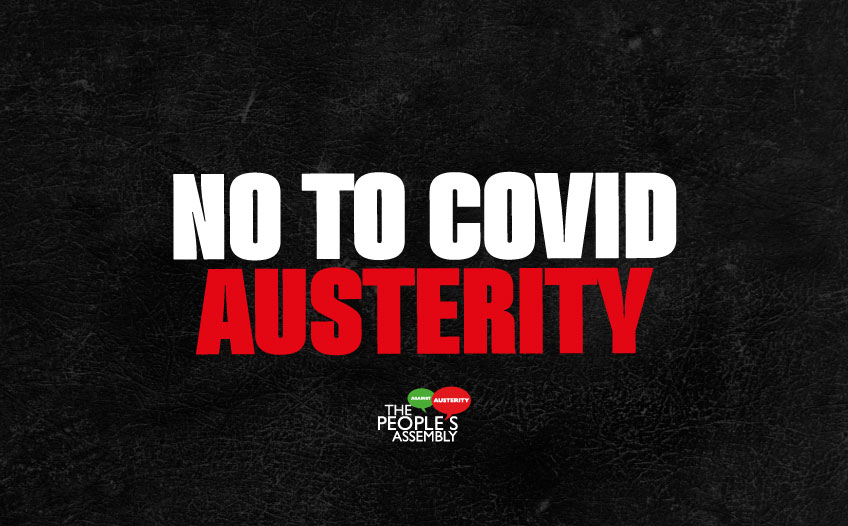 Oppose the Government’s Attack on Workers, Renters and the Poor

No to Covid Austerity!

The government is callously using the terrible economic effects of the coronavirus pandemic to allow a huge attack on working people. These attacks include:

The government could step in and halt and reverse all these attacks, through legislation, enforcing existing laws, removal of loans and nationalisations. Instead, by pushing firms and employees to the
cliff edge by ending the furlough scheme, they are effectively condoning and encouraging these attacks. This is in addition to the government’s:

It doesn’t have to be this way. Many countries have worked to effectively defeat the virus. Many more have extended their furloughs to save jobs over the long-term. Others have extended other support measures, including full pay for all those asked to self-isolated, including the self-employed.

The government could take over firms which are failing. They could build back better, as they have claimed. They could make overdue investment in the Green New Deal and create a million new jobs.

Instead they continue with austerity. Interest-free loans for firms, but furlough cut for workers. Another £300 billion bail-out for the banks, but nothing for nurses.

We demand an end to austerity – and using the pandemic as an excuse. We demand public health is put first. We demand protecting jobs, not banks. We demand people before profits.