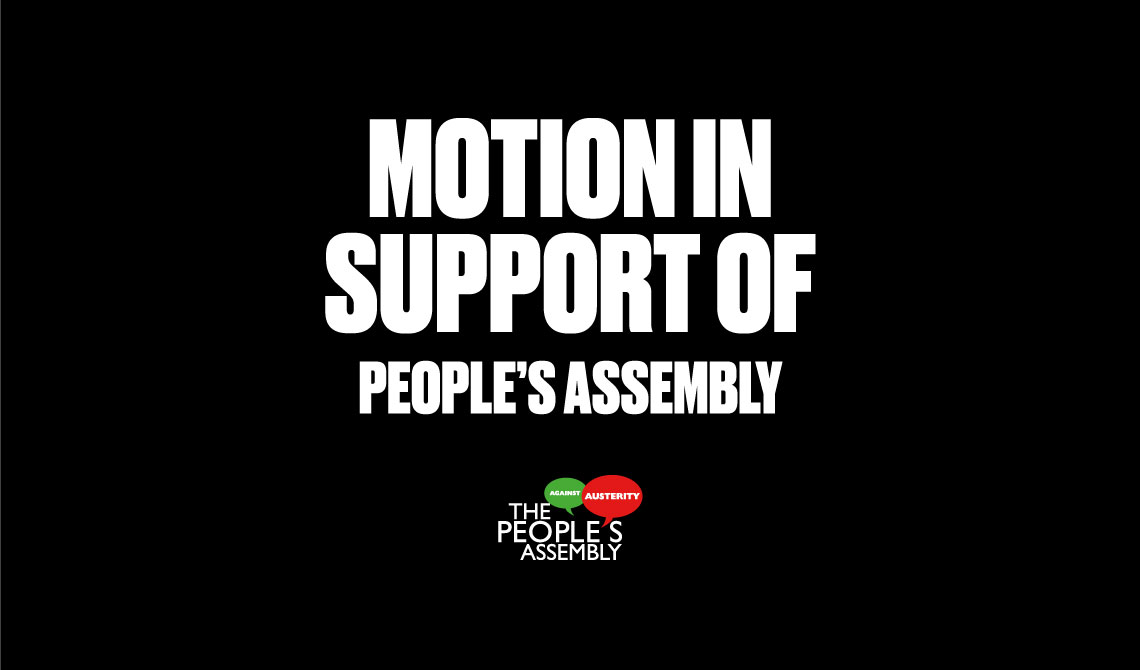 Motion in Support of People’s Assembly

The Tories outsourced billions of pounds worth of health contracts including test, track and trace. They have overseen a huge loss of jobs, refused adequate pay for workers furloughed under tier 2 and 3 but then backtracked when a second national lockdown was needed. They again locked down late risking many excess deaths. The government’s push to reopen universities and schools put many workers and families at risk. The Tories initially voted down the extension of free school meals for the most vulnerable children in the country during holidays.

Throughout the crisis, the People’s Assembly has organised a number of national online meetings, events, rallies, local meetings and protests (where possible). These have campaigned against, and looked at alternatives to, the way the Tory government has handled Covid.

The People’s Assembly have recently released a Zero Covid Charter. Zero Covid has been successful in other countries and has had significantly better outcomes in terms of deaths and the economy.

The People’s Assembly continues to have affiliations and support from a number of unions, Trades Councils, campaigns, prominent left-wing individuals and anti-austerity MPs. People’s Assembly is officially part of the Trade’s Council national programme of work (as determined by the TUC).

Following the loss of industry, with union membership declining, and the prominence of right-wing divisive media, it is crucial we rebuild political education through political organising around issues ordinary people care about. This can feed into national campaigns to achieve political change that will make a big difference, such as ensuring jobs provide adequate pay, terms and conditions, bringing services back into public hands and providing adequate funding, building affordable housing, fair welfare systems, eradicating poverty and inequity, getting a green new deal and so on.

The People’s Assembly has a proven track record of standing alongside and organising with ordinary people against the many injustices inflicted upon them by the Tory government, ten years of austerity and now the Covid crisis. They will continue to do this nationally and locally. Moreover, the People’s Assembly will continue to present credible political alternatives to the Tory policies and narratives that prioritise the wants of the few over the needs of the majority of people.

a) (Where an affiliation with the People’s Assembly already exists)

To reaffirm our support for the People’s Assembly both locally and nationally. Where a local group exists, we will offer support and resources to assist campaigning and where one does not, we will support the formation of one.

To contact the national office of the People’s Assembly at affiliate@thepeoplesassembly.org.uk and affiliate.

c) Support the People’s Assembly’s Zero Covid Charter, which can be found at https://thepeoplesassembly.org.uk/peoples-assembly-zero-covid-charter/