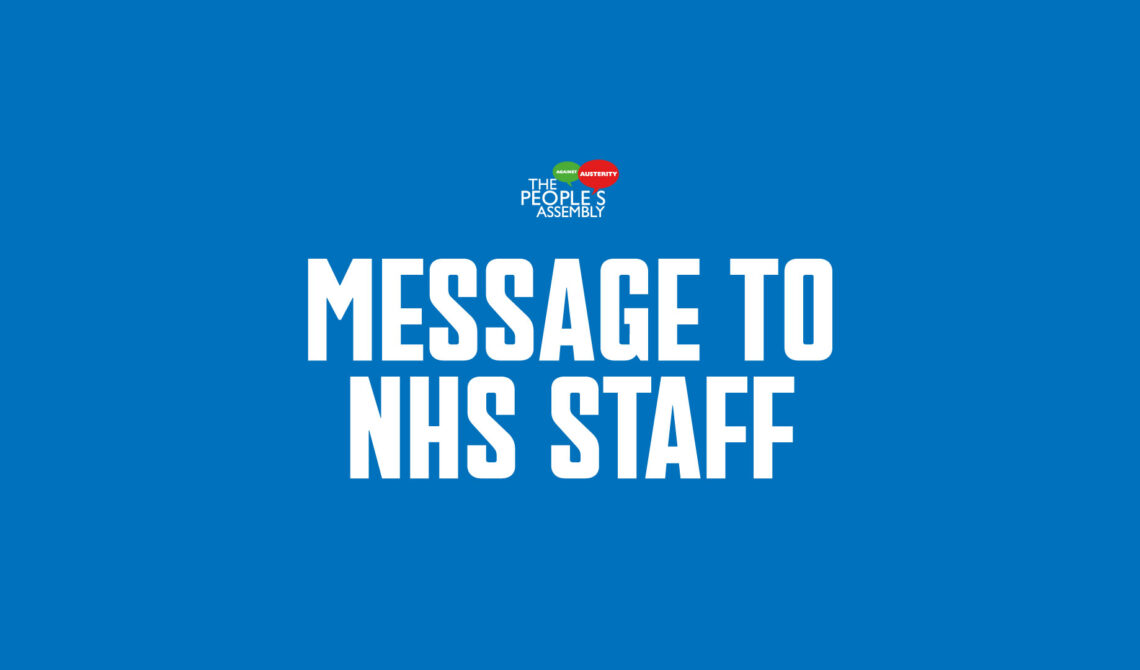 The People’s Assembly recognises that the 3% pay offer announced by the Tories is an insult to NHS staff and it will drive you further into poverty. Pensions contributions and inflation are rising which will leave NHS staff poorer than ever before. We reject all divisive arguments that suggest NHS staff are being greedy or that promote a race to the bottom on public sector pay

The People’s Assembly is fully behind all NHS staff who are fighting for fair pay in the NHS. Pay has been driven down in the NHS for more than a decade and the experienced staff are leaving the frontline to avoid being plunged into poverty. This is dangerous for patients because it’s leading to a deterioration in the standard and availability of NHS services and treatment.

We share the anger of NHS staff who have been betrayed on health and safety and pay during this pandemic. We back the call for a restorative 15% pay rise for all NHS staff including clinical, clerical, porters,domestics and catering staff.

The people’s Assembly pledges to stand alongside NHS staff and trade unions as you fight for the pay you need and deserve. We recognise that your struggle is not just about pay, it’s about protecting and improving standards in the NHS. We want to thank all of of our NHS staff who have saved thousands of lives during the pandemic and who are also stepping up in the struggle to save our NHS