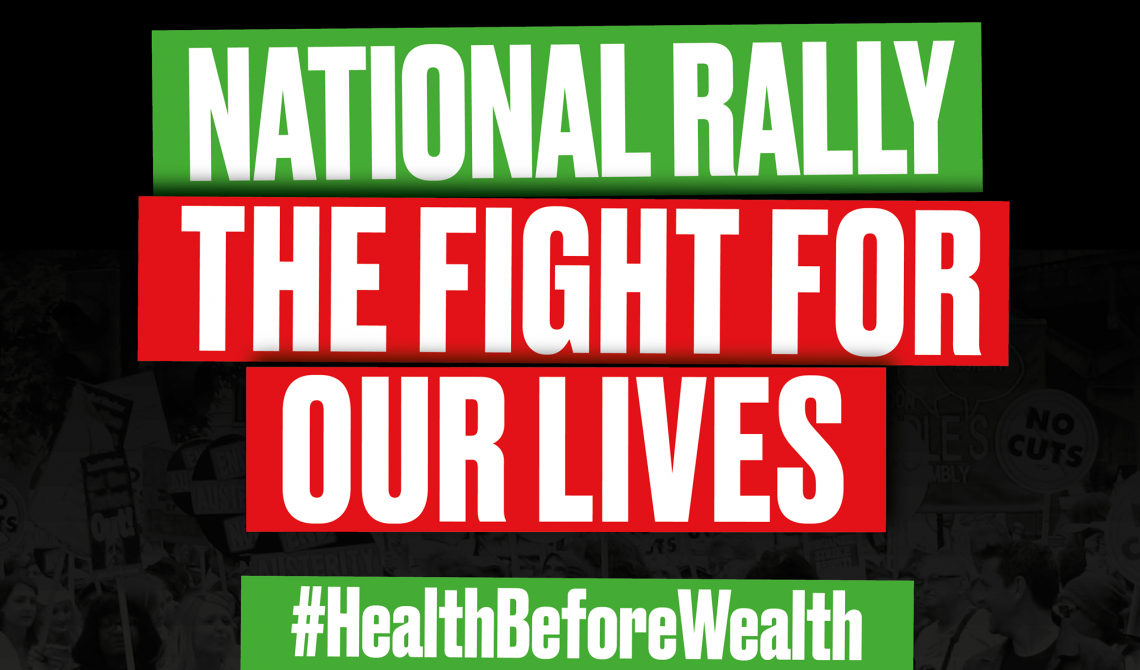 The Fight for our lives
Mass online rally:

The Government’s mishandling of the coronavirus crisis has cost thousands of lives. The People’s Assembly will be hosting a huge online platform for campaigns to voice their demands to meet this emergency and for a better life after the crisis.

We will be broadcasting across a large number of social media platforms so there is the potential for an audience of tens of thousands, a social media takeover.