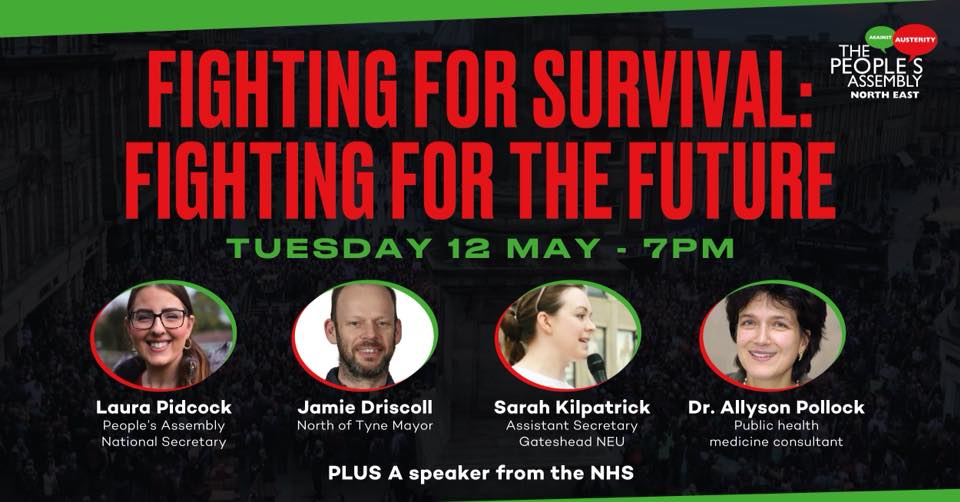 The Tory government slowness to act in the face of the Covid-19 pandemic has resulted in lives and livelihoods being lost as a direct consequence. We are now all experiencing the cumulative effects of austerity and successive governments’ ideologically committed to the market and neo-liberalism, in the north east, the UK and around the world.

The rush to catch up is being forced forward daily by evidence of infection, deaths, public outcry and the direct action of workers.

There remains the fear that the Tories actions are still motivated by ‘herd immunity’ and that various changes in tax, legal changes and service closures will be used to pay for the cost of government borrowing and cheapen employment costs to sustain profits and international competitiveness in the future.